On January 16th from 6:00pm to 8:00pm the annual Grants Pass Martin Luther King Jr. Celebration will be hosted by Newman United Methodist Church (132 NE B Street). The event will also be streamed online. The celebration will once again inspire us and call us to action as we remember the legacy of Dr. King.

Nationally recognized keynote speakers, who live locally, will be Geneva Craig, PhD, RN, and Mary Liuzzo Lilleboe. Both are leaders and activists in Civil and Human Rights education and awareness.
Dr. Craig participated in the 1960’s era of The Civil Rights Movement, in Selma, Alabama, her birthplace. As a teenager, she was arrested multiple times for her participation in the peaceful marches that were held in Selma. She was a marcher in the three attempts to cross the Edmund Pettus Bridge. The first attempt, March 07, 1965, led by Dr. Bernard Lafayette, Late Congressman John Lewis, James Bevel and Hosea Williams, resulted in an infamous event known as “Bloody Sunday”. The marchers were attacked, beaten and tear gassed by white state troopers and sheriff deputies. Despite her fear she was determined to continue to work for change, for human rights.

Mary Liuzzo Lilleboe has been immersed in the Civil Rights Movement since she was 17 years old. Her mother, Viola Liuzzo was murdered by the KKK while participating in the 1965 Selma to Montgomery Voting Rights March. Mrs. Liuzzo was the only white woman murdered in the movement.  Mary tells her story at events across the country, as well as in several television, radio and film documentaries. Her unique personal perspectives is an inspiration to everyone from preschool children to Congressional delegations as she brings to life the era of the 1960’s Voting Rights Movement.

The event will feature music from local musicians, Tim Wallace and Michelle LeComte. The event will include readings and poetry presented by The Rev. Ryan Scott, the senior pastor at Newman United Methodist Church, and The Rev. Ernestein Flemister, who is the rector at St. Luke’s Episcopal Church. The theme for this year’s celebration is Leaving a Legacy – Our Role in Democracy, where we will explore what kind of legacy we want to leave for future generations and how our role in democracy plays an important part in making it all happen.

“Remembering Dr. King allows us to take stock of how far we’ve come and how far we still need to go as a society when it comes to racial equality and justice,” says The Rev. Ryan Scott. “By dreaming about the kind of future we want to leave younger generations we are taking the first step in building a more equitable and just world for all people.” Rev. Scott continues, “We have a duty as citizens to work together to ensure all people are valued and included in our society.”

Everyone is welcomed to attend this special celebration in-person or online. The in-person event will take place in the historic 1890 Sanctuary of Newman United Methodist Church. The event will be streamed online via zoom. To join the event via zoom use the link listed below: 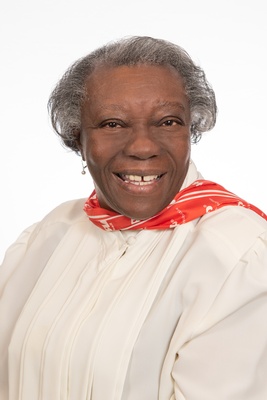 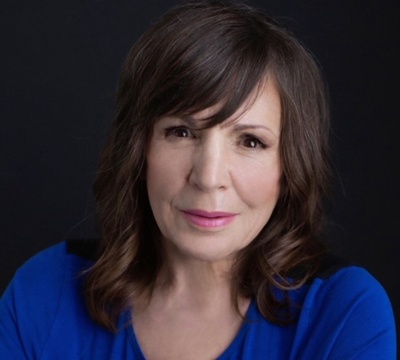 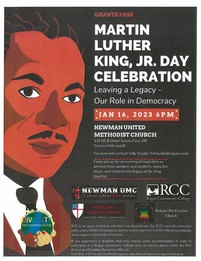 132 NE B Street Grants Pass OR